Time to Work? Or Time For Football? | Anviz Global

Football can prove to be a distraction to many people around the world, students and workers alike. In fact, it is expected that the British work force alone, could lose up to 250 million work hours during the tournament.However, the World Cup is not necessarily the only distraction that football illicit. In an almost comical situation that unfolded in the northern Italian city of Genoa, this month, a physician claimed payment for hours he did not actually work. After signing-in, the doctor would quietly exit the hospital and head to his local football pitch, only to return hours later in order to sign out. Before the police became aware of his improprieties, he was able to receive almost 230 hours’ worth of pay.

While corruption is often big news in much of the developing world, it should not be overlooked closer to home, as the Italian physician reminds us. Prominent forms of fraud include the employment of “ghost workers” and “buddy punching”. A ghost employee is an individual who is on a payroll but does not really work at that institution, while budding punching occurs when a worker signs a fellow co-worker in who is not actually present. In both cases the use of false records allows an absent individual to collect wages for labour that is not undertaken.The problem of employment fraud can be easily seen in developed countries such as Italy.  Government operations to counter employment fraud have become common place across the country. In a span of 3 months from April to June of this year, operations in cities such as Salerno and Livorno discovered large-scale employment fraud schemes. Significant numbers of the public work force were collecting salaries without completing their designated work hours. For example, in the municipality of Reggio Calabria, two-thirds of local town council employees were absentee workers.Although this is only one example, it is one that is repeated across the country in the public and private sectors. Much like corruption in other parts of the world, employment fraud is difficult to trace.

Biometric-based time attendance devices can provide a reliable and affordable solution for employers. The use of biometric technology can be employed to ensure the accurate and timely identification of individuals. Fingerprint-reading devices can be used to enforce strict attendance rules. A device that is capable of this task is the T60, by Anviz Global. The T60 is a fingerprint time-attendance device, with mifare reader. The mifare option allows for data to be stored directly onto a subject’s card. This allows for an unlimited number of people to be registered into a single system. The mifare feature also increases the scalability of the system. Since an unlimited number of employees can be registered, new subjects only need to be added, without any additional changes to the overall system. This is an ideal situation for large-scale institutions, such as government branches or large corporations who oversee a large number of employees. Given the number of subjects the T60 can identify, the set-up is extremely easy. No database needs to be established, just simple registration in the device. 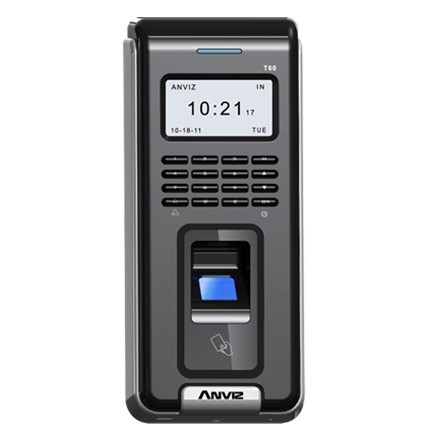 The World Cup can act as a powerful distraction for those who work during the event. However, distractions come in all forms beyond 8 weeks every four years. Perhaps it is worth investing in proper time-attendance measures that can ensure an honest workforce the other 44 weeks of the year.

T60 and other Anviz devices will be on display in the Anviz booth at IFSEC UK, June 17-19, booth E1700. For additional information, visit www.anviz.com